GTT Update: Daily Report 24th of May on SEM NL 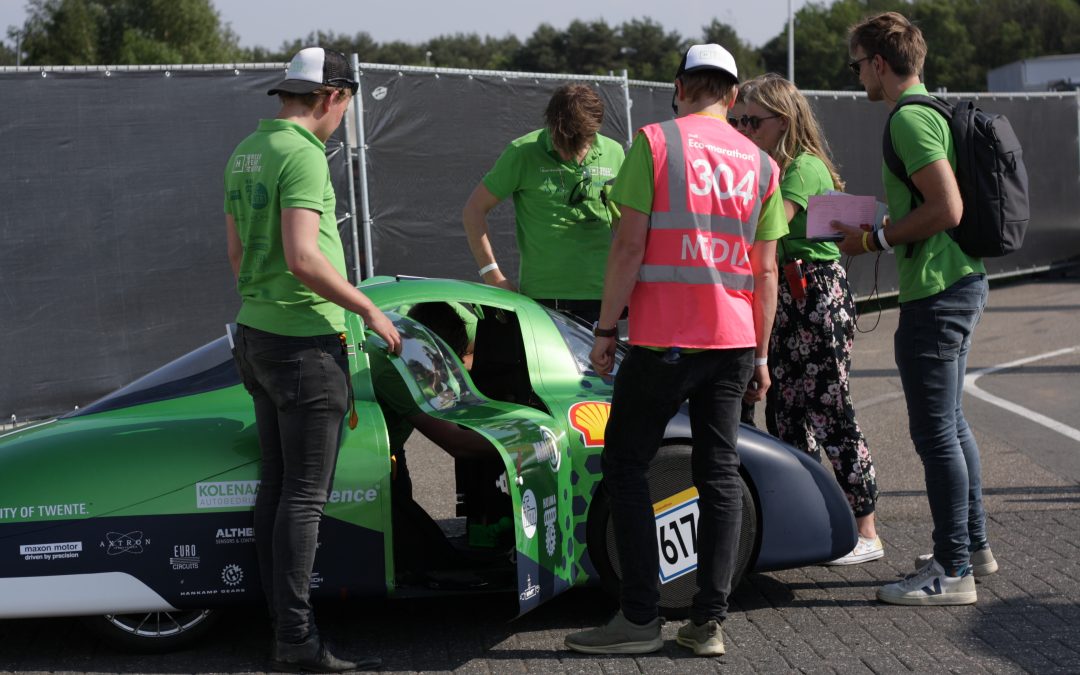 Today was the day that the competition started at the Shell Eco-Marathon Challenger Event NL. The track has the following property’s, with the following conditions for the race. (The laps we drive are 790 meters, because the u-turn on the right of the maps is made less sharp than it approximately was).

During the day, we had some set backs, but also some great insights and we learned a lot from it. There were two time slots to set an attempt for the competition in our UrbanConcept class. We really wanted to set a first attempt in the first time slot, but unfortunately we had some set backs just before this time slot. Two hours later we stood completely ready in line for the next time slot, and we started our first attempt.

At this first attempt, the strategy was to figure out if the system worked as it should and to drive safe while exploring the track. This worked out for the first four laps. In the fifth lap, something went wrong with the steering wheel and Yanna could not control it properly anymore. This meant the first attempt was over.

However, the lap times that we had made in the four laps, were just in the maximum time we set (2 minutes – 14 laps in 28 minutes) So this was fine for the first time!

After the attempt that was not valid, the Aurora 2 was fixed very soon. Unfortunately, it was already too late in the slot to drive a full race within 28 minutes, so another attempt was not possible anymore.

The complications that occurred, are located and handled. A positivity: it is actually a really instructive moment. The problems that will occur now, make us better prepared for the SEM in Londen. This is because, as you may already have read somewhere else, this race was a qualifier race for the SEM in London, for which we already have been qualified. This race is a good test and the team faces a lot of challenges.

Hopefully, we can set some nice attempts tomorrow with great times and test out some more strategic actions.

About our updates
Every morning we will bring out a video about the event, you can find it on all our social media channels and our website! The first daily video update was about the first day with the inspection and test laps of yesterday. Check it here!

The next one is being made and will be out tomorrow morning at the channels just mentioned.