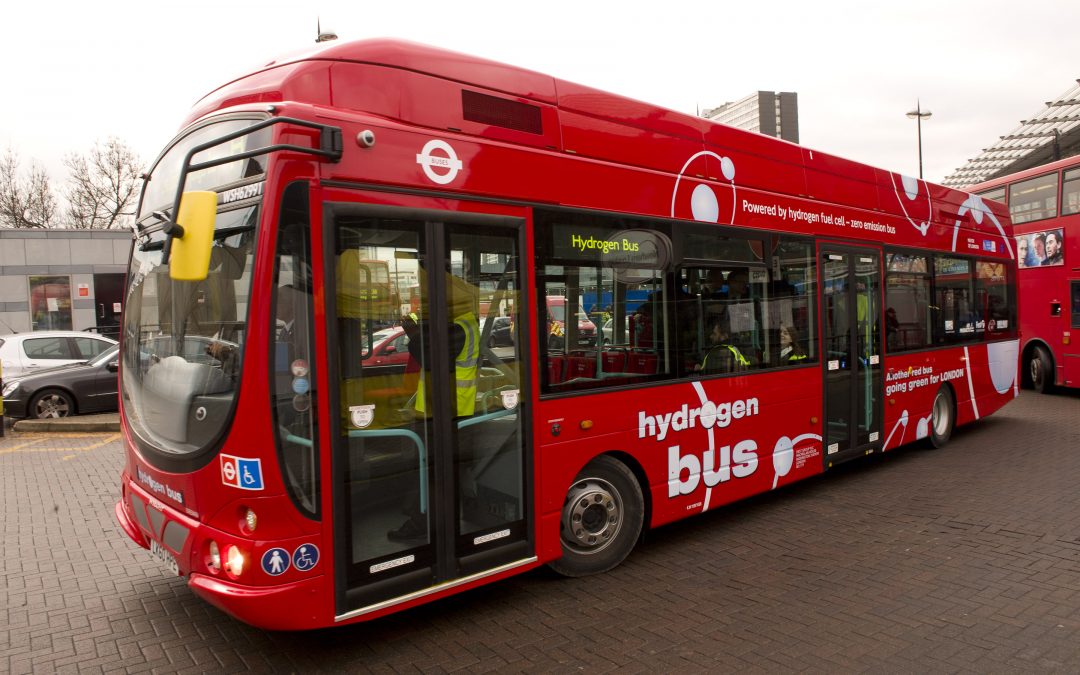 An article on BBC News about the new hydrogen buses that will drive, among other places, in London by 2020!

The world’s first hydrogen double-decker buses will be built by a Ballymena company.

Wrightbus will manufacture the buses which will be introduced on three London bus routes next year.

It comes after a difficult year for the firm in 2018 which saw a big drop in profits and two rounds of redundancies.

Funding for the hydrogen buses is being provided by European bodies and the Office of Low Emission Vehicles.

Transport for London (TfL) has so far ordered 20 of the buses.

They produce no pollution from their exhausts and are part of a drive to make London’s transport zero-emission.

Spokesperson for TfL, Tom Cunnington told BBC News NI that Wrightbus were the clear “best option” for the production of the new vehicles, saying he was “really pleased” to award them the contract.

He added: “I expect Wrightbus to continue to be one of London’s major suppliers of buses.”

London Mayor Sadiq Khan said: “We all have a role to play in cleaning up London’s toxic air and I’ve always said that TfL should lead from the front.